This is the time of year that people make new year’s resolutions. It’s also the time that those same resolutions either do not materialize or are short-lived. There is nothing wrong with a new year’s resolution per se; the challenge is the time of the year itself. The new year comes at a time of year when the energetic forces in nature are at their most dormant (in the northern hemisphere, at least). All around in nature, life is on pause, though days are gradually getting longer and in couple of months’ time spring will come.

Until then, we are meant to be hibernating and conserving heat and energy. A resolution requires resolve and that itself would require energy. The person that makes a new year’s resolution would feel that they have some sort of an imbalance in their system that requires attention. This could be excess weight, poor self-esteem, poor lifestyle, feeling depressed or any other health and wellness challenge. All of these have one thing in common: energetic imbalances. To attempt to balance these and take a first step, energy reserves need to be present. In winter, these are at their lowest and what is there is in a very deep place in our existence where it is meant to reside. Winter is about survival and maintaining the status quo.

The best time for committing to positive change for our health is right around the corner, in spring. At that point, our life force starts waking up and coming to the surface and we can go on the ride with a lot less effort. While you can always make small positive changes as you go along, the best time for more drastic changes to affect one’s health is in spring and summer. 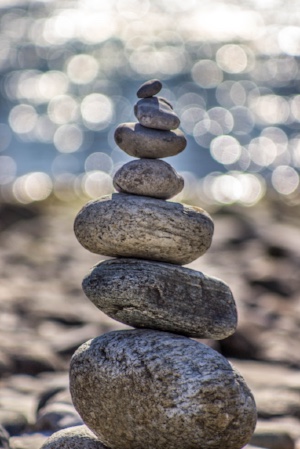 People often feel a bit out of sorts after the holiday season due to excesses in the dietary department. This is usually why people are intent on implementing new year resolutions. Detox kits start flying off the shelves at this time of the year and health food stores take full advantage of the situation by putting them on sale. This would simply replace one drastic experience with another, both of which are too demanding on the system for the time of year.

You are better off just having a quiet January, eating simple foods, keeping warm, going to bed early, and doing some meditation to foster focus and peace of mind.

A lot of people complain of not having enough energy in winter. This even precedes the excesses of the holiday season, but certainly gets aggravated afterwards. This is especially the case for those who are unable to slow down both physically and mentally. Even if the season forces them to slow down due to shorter days and wetter days, in their mind, they are still on the go. The inability to accept the nature of the season causes an internal tension leaving the individual feeling fatigued. We are all victims of this to some extent due to our modern lifestyles. It is important to realize  that it is okay to go to bed even as early as 8 or 8.30 without feeling guilty and waking up as late one’s schedule allows. We are truly meant to hibernate.

Adjusting yourself to the demands of this season will ensure better health and vitality in the busy and active seasons of spring and summer.

This article was posted in Uncategorized. Bookmark the permalink. Follow comments with the RSS feed for this post. Both comments and trackbacks are closed.
(778) 999-3779 Directions Contact/Schedule